In any conversation, when describing a person that has a very short memory, people often refer to “goldfish” memory on the basis that the only way a gold fish can survive the boredom of a goldfish bowl is by having a 3 second memory. (For the record, it turns out that the reality is that goldfish actually have a memory of approximately three months.)

None the less, this blog post is based on the conventionally accepted (if not wrong) point of view that a goldfish has a 3 second memory. The idea of “goldfish” customer experience struck me recently when trying to upgrade my cell phone service from 3G to 4G. I had recently received a new phone that was 4G capable and therefore my expectation was that I would be able to make a phone call and upgrade my service to 4G. How wrong I was!

The long story started on Sunday evening when I emailed my service provider (I am supposedly a exclusive premier member) and so my saga started. Needless to say, I received no response on the Tuesday morning, I spoke to a friendly agent who assured me that it would take 24 hours and the service would be up and running. 24 hours later, no service. So I phone again. You guessed it – I had to repeat my story and this time I was put through to the technical helpdesk. They said that they had now resolved the issue with my 4G service not being activated and I should wait 24 hours. 24 hours came and went and I called again. Again, I had to relay the story and again I was put through to the technical helpdesk. This time the person on the line asked me if I had a LTE SIM. I indicated I did not know but given that I got the SIM from the service provider, surely they knew. Displaying goldfish qualities, they didn’t know. I could only check the issues of having a LTE SIM a little later as I was making the call from my cell phone and had to turn off the phone to examine the SIM. Turned out it was not an LTE SIM and therefore I started the next part of the process. I once again called the call centre and asked where I could get a LTE SIM. It was now late on Friday and they indicated that I should go to the branch near where I work. Off I went and arrived at the store. The store assistant indicated that they had LTE SIMs and said she could help me out as soon as she had seen my ID Book. Problem is that I did not have my ID book because the “goldfish” service provider had neglected to provide this detail when I called earlier in the day.

The next day was Saturday. I had some errands to run and decided to call the service provider to see if there was a branch near where my errands were going to be run. I figured there was a branch enroute and so I started the search for the telephone numbers. The website number quoted numbers that just rang and a call to the call centre indicated that the only numbers that they had were the ones on the website. The phone was just ringing and when I arrived at the store, I figured out why – it had closed down (let’s hear it from goldfish service!) And so I was off to the branch from the previous evening, this time armed with my ID book. What could go wrong I thought – I have all relevant information, they have stock of the SIMs and I know that they are open. All that was true but alas their systems were offline and still my service had not been activated.

The saga does not even there and continued with heated additional calls to the call centre, a lack of responsiveness and eventually a delivery of a new SIM on Wednesday that week. It thus took me 10 days to get something done that should have taken no longer than a 1 minutes call and possibly a 24 hour long wait. It turned out further that they also go my billing incorrect but they is a story for another blog!

Do you ever feel that you are dealing with a goldfish organisation, having to re-explain yourself as you transverse channels, contact points and touch points? Why is it in this day and age that with all the smartness of smart devices that organisations seem so lacking in smarts?

Well it turns out that keeping customer context across channels and responding to a customer in a way that makes him or her feel that they are not dealing with a goldfish organisation is a difficult (but not impossible task). At inQuba we have put a large amount of energy in designing for multiple channels, helping customers use our solutions to execute across channels and then measuring success of selling and servicing across channels. As the world evolves and the number of channels explodes, this challenge increases in complexity but if you don’t manage to get it right, then the consequences can be dire and you client WILL feel that they ARE dealing with a goldfish and they is guaranteed to lower satisfaction and impact loyalty negatively. (in my case, I can’t wait for my contract to expire and for me to try and find a service provider that can manage my context much better than my current provider).

This story ends on an additional twist. As luck has it, I was asked to present to a group of executives completing their masters on customer service. The area of focus was our company’s experiences of helping others with customer experience. It turned out that one of the executives was employed by my service provider. When describing the above story, his response pretty much explained the problem in the company. He immediately defended the company and said that I was unrealistic in my expectation of having branded stores offering a seamless experience. I guess that is what can best be described as a classic “goldfish response”! 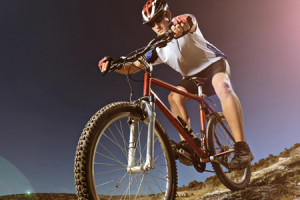 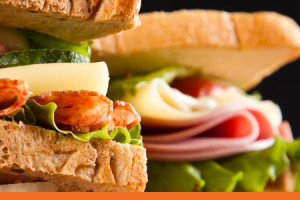 Get regular updates about the world of CX orchestration by subscribing to inQuba’s newsfeeds here.

Please fill in your name and email to subscribe to inQuba’s newsfeeds.

Download Why the customer journey needs to be CXtended